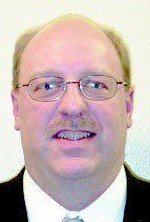 Mr. Buckley was hired as the first Town Administrator for The Town of Carlton Landing July 20, 2019. He has a Master’s degree in Public Administration from Northern Illinois University and a Bachelor’s of Arts in Public Administration degree from the University of Oklahoma. Mr. Buckley has worked in municipal government for approximately 27 years. His experience incorporates three States and communities from 2,800 to 95,000 in population.